The new showcourt and spectator seating at Traralgon Sports Stadium.

The Traralgon Sports Stadium (TSS) has been redeveloped and expanded for multi-purpose use, allowing the centre to host large-scale events such as regional, national and international championships.

A four-court extension to the existing stadium, featuring a new show court with 3000 capacity spectator seating and associated amenities, has elevated the centre to stand among the leading indoor facilities in Victoria.

The $19 million project also included the construction of office space, training rooms, a cafeteria and a modernised foyer, with GippSport taking up permanent residence for their operations. 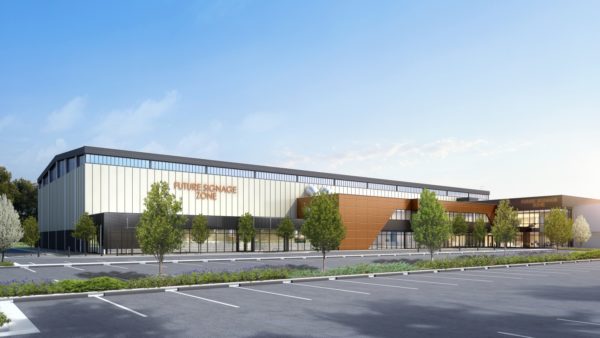 The new courts cater for netball, basketball, badminton and other indoor sports, as well as multipurpose functionality for a variety of other events.

The stadium is one of seven new Basketball Victoria high performance training hubs which will host elite pathway programs in a massive coup for local talent development.

Becon Constructions led the project, with work beginning on 18 March, 2019 following the completion of early works including an extension to the car park.

The structural frame of the new building was erected by local contractor WELDTEK, using about 320 tonnes of steel.

A total of 57 kilometres of Victorian Ash timber flooring - sourced from Heyfield’s Australian Sustainable Hardwoods – was used to floor the extension. A shot of the flooring being laid in December.

A total of 292 car parks were created at the reserve as part of the project.

GROW Gippsland and the Industry Capability Network were engaged to ensure local sub-contractors are used on the build, with a number involved including:

An aerial view of the completed Traralgon Sports Stadium.

A Project Reference Group (PRG), including community representatives and user groups, has met regularly throughout the planning process and continues to act as a key consultation conduit between council and community.

User groups have provided positive feedback from limited opportunities to activate the centre in between COVID-19 disruptions to normal operation. Indoor sports aren’t the only winners at Catterick Crescent; cricket upgrades are taking place alongside the Traralgon Sports Stadium development.

Stage one works were recently completed with the installation of a four lane cricket net training facility.

It features retractable netting across three of the lanes, which open up into a larger multi-use space for all activities and a single lane for public use.

Jack, Ross and Izzy Williams (pictured) from Imperials Cricket Club christened the nets with a maiden hit-out in late 2019.

The ground's turf wickets have been re-aligned – complete with irrigation works - and a shared pavilion is taking shape on site.

The pavilion frame is complete, brickwork has been installed and the build is on track for completion in late August or early September. An overview of plans for the Catterick Crescent sporting precinct.